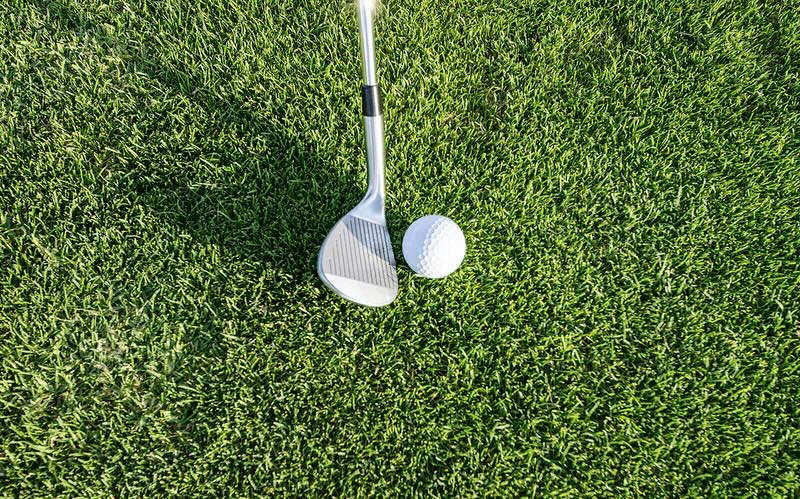 Playing golf can help keep your mind sharp and reduce the risk of dementia.

Now here is some good news, for a change.

Many people have mixed feelings about the game of golf.

Those who prefer high-paced activities, often find it tedious.

Others enjoy the craft and finesse associated with the challenge of getting a tiny ball into a small hole on a vast green.

As for me, I have openly confessed on my website bio that I am a lousy golfer.

That noted, I do enjoy playing in a “scramble” charity tournament from time to time.

I consider it a “win” if one of my swings or puts results in my effort (oftentimes by accident) being played.

Additionally, if I return with as many golf balls as when I began the round.

In the end, my role is to help my team feel better about their own game.

According to a recent Daily Mail article titled “Playing GOLF could cut your risk of getting dementia by a third, study claims,” the benefits for golf extend beyond its entertainment value and an excuse to spend time outdoors.

A recent Japanese study found men ages 60 and older were 37 percent less likely to receive a dementia diagnosis if they participated in regular leisure exercise like golf.

Dementia has long been associated with risk factors of social isolation, poor diet, and lack of physical exercise.

The study conducted by researchers at the Center for Public Health Sciences in Tokyo involved a review of data from surveys administered between 2000 and 2003 .

The surveys involved participation from 43,896 seniors in Japan with an average age of 61.

Scores were assigned according to the level of energy required to perform the activity.

The researchers compared these scores to dementia diagnoses given to study participants between 2006 and 2016.

So, how many of the participants received a dementia diagnosis during this time period?

The study found little to no correlation between the amount of moderate and vigorous exercise completed by men and a reduced risk of dementia.

There did seem to be a correlation between leisurely exercise like golf and reduced dementia.

The men who were in the category of top 25 percent of time dedicated to participation in leisurely activity were 37 percent less likely to have received a dementia diagnosis.

This link was consistent even with risk factors of alcohol intake, smoking status, and BMI ain the study.

Those who were more active were 28 percent less likely than those who were least active to have received a diagnosis nine years after the original survey.

The results from this study were inconsistent across genders.

Women who gardened or played tennis or golf did not have the same reduced risk.

The sport is also relatively social and provides and opportunity for relationship and connection.

Why would the results be less significant for women?

Researchers suggest this difference could be a result of women having more opportunities throughout their days to incorporate these mental and relational benefits.

Whether you are a man or a woman, this research can provide a nice excuse to get outside and enjoy a game of golf.

Get a group of buddies together, set a tee time, get your sticks out, and hit this links!

Reference: Daily Mail (March 29, 2022) “Playing GOLF could cut your risk of getting dementia by a third, study claims”

PrevPreviousHow Do I Prioritize Organization of my Documents?
NextCan Eating Fish Help My Aging Brain?Next