Do Crossword Puzzles Sharpen the Mind? 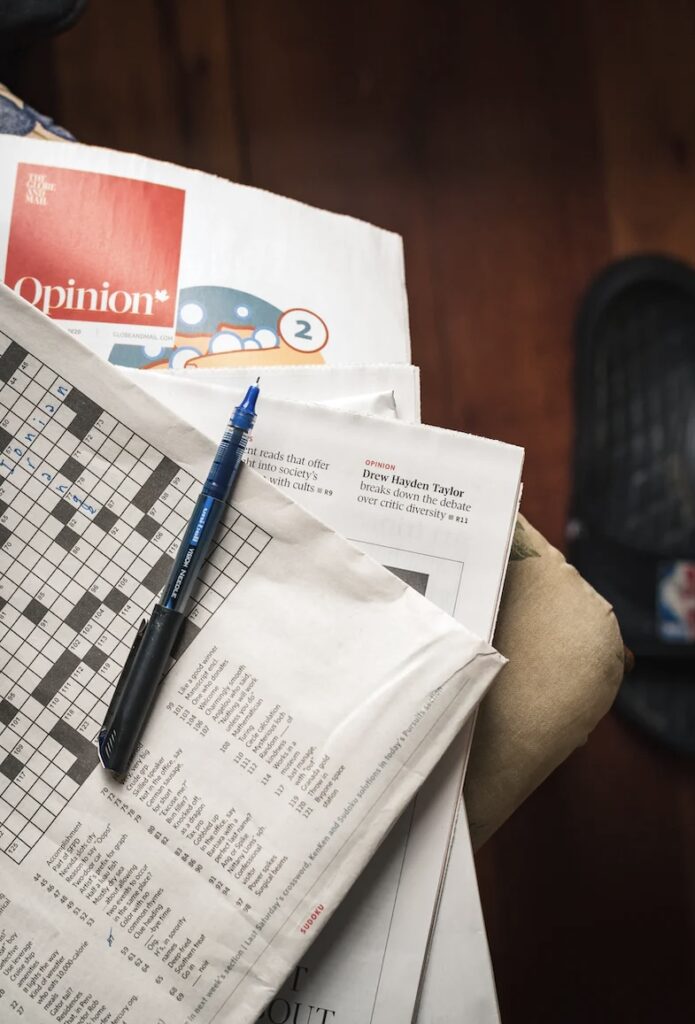 This is especially true of the English language.

The vocabulary is vast.

It is filled with unique rules and exceptions to rules for grammar and conjugation.

When Gretchen and I were living in Germany (many “moons ago”), we became painfully aware how difficult English is for non-native speakers.

American English, not so much.

According to a recent Money Talks News article titled “Crossword Puzzles or Video Games: Which Better Protects Your Brain?,” language exercises the brain.

A recent study conducted by researchers at Duke University and Columbia University focused on the effects of crossword puzzles on the health of seniors by comparing them to the use of web-based cognitive video games.

The study population involved 107 older individuals with an average age of 71.

Each participant had mild cognitive impairment at the start of the study.

Mild cognitive decline is more severe than mental lapses associated with normal aging, but is less severe than dementia.

Symptoms include difficulty with judgement, language, memory, or thinking.

Individuals with mild cognitive decline have a heightened risk of developing Alzheimer’s.

Participants were divided into groups and either trained in cognitive video games for 12 weeks of crossword puzzles for 12 weeks.

Follow-up “booster” training sessions were also provided for up to 78 weeks.

Those who completed the computerized crossword puzzles demonstrated improvements in their mental functioning.

Participants who received the crossword training also showed less shrinkage in the brain at 78 weeks.

Although further research in interventions is necessary, the preliminary results would seem to encourage working on crossword puzzles from the comfort of your own home to slow potential cognitive decline.

As much as I detest crossword puzzles and even “bored” games with my family, this may cause me to reconsider.

Hmmm, how about a 1,000 piece picture puzzle over the holidays?

Nah, I will take my chances.

PrevPreviousWhen Is a Good Idea to Use a Trust?
NextWill Social Security Run Dry?Next