Growing up, I loved the Peanuts comics and television specials.

As an adult, seeing Charlie Brown, Woodstock, and Snoopy still brings a smile to my face.

I passed this fondness to my own children.

Often cards I receive on birthdays from them feature one or more of the Peanuts cast.

According to a recent Wealth Advisor article titled “Decades After His Death The Estate Of Charles Schulz Is Still Making A TON Of Money,” my family is not alone in its affection for Peanuts.

In this past year alone, the estate of Charles Schulz made $32.5 million with some of this income coming from “A Charlie Brown Christmas” and the Apple TV+ show “Snoopy in Space.”

This number ranks his estate as third in the category of highest-paid dead celebrities.

Only Michael Jackson and Theodore Geisel grossed more, ranking one and two, respectively.

Many have estimated that Schulz himself made about $1 billion during the 50-year run of his comic strip.

How did the Charles Schulz become successful?

Born in 1922, Schulz began drawing and copying cartoons in kindergarten with Popeye being one of his favorites.

In high school, he submitted original cartoons to local magazines and his school paper.

Charles Schultz then served in Europe during World War II.

When he returned home, he created a cartoon titled “Li’l Folks” for the St. Paul Pioneer Press.

This comic was noticed by the United Feature Syndicate.

The company offered to syndicate these cartoons on the condition the name be changed to Peanuts.

The company already syndicated a cartoon with a similar name to “Li’l Folks.”

Charles Schulz complied, and the first Peanuts cartoon ran in 1950.

Within three years, Peanuts was a success.

At its peak, the Peanuts comic was syndicated in 71 countries, in more than 2,600 newspapers, and in 21 languages every day.

In addition to newspaper syndications, he also received merchandise and endorsement money.

In fact, Charles Schulz was the highest paid celebrity in the world in 1980, making $30 million in royalties alone.

This would amount to $65 million today.

In his last will and testament, Charles Schultz stipulated that no new peanuts comic strips were to be drawn by another cartoonist.

Even with this stipulation, Charlie Brown and his crew continue to bring joy to millions of children (to include this old baby boomer) and an impressive revenue stream to the estate of Charles Schulz.

Reference: Wealth Advisor (Dec. 8, 2020) “Decades After His Death The Estate Of Charles Schulz Is Still Making A TON Of Money”

PrevPreviousWhat Should I Add to My Estate Planning Checklist?
NextHow Does One Remedy an Unfunded Trust?Next 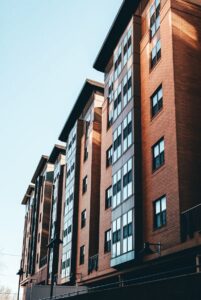 How Complicated is Inheriting a Co-op? 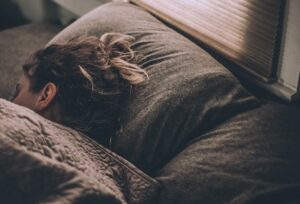 What Foods are Good for Sleep?