What States Have Death Taxes? 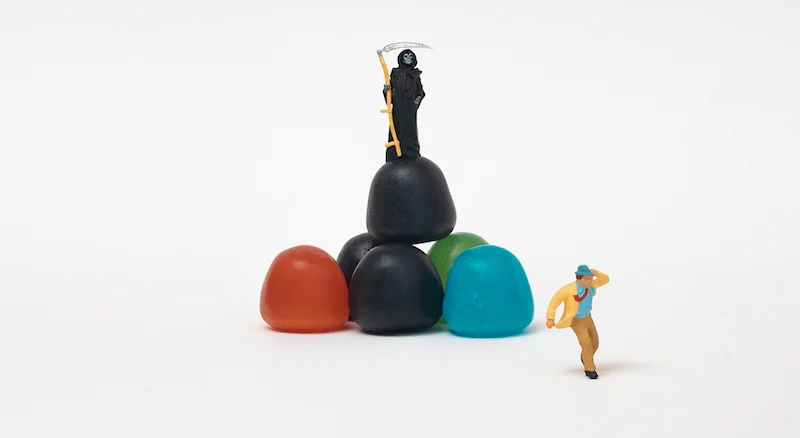 Death taxes feel a lot like adding insult to injury.

Those left behind after the loss of a loved one have experienced a significant void in their worlds.

Someone with whom they spent each holiday or every day is now gone.

In the midst of their grief, they are often faced with additional responsibilities of planning and executing a funeral and memorial service.

According to a recent Kiplinger article titled “States with Scary Death Taxes,” those who live in states with death taxes will be subject to greater financial obligations in the midst of an already stressful time.

What exactly are death taxes?

Although there is not technically a “death tax,” there are taxes associated with dying and the transfer of assets.

These are known as “estate” taxes and “inheritance” taxes.

Estate taxes must be paid from the estate of the individual who died.

Inheritances taxes are paid by the beneficiaries who inherit funds or property.

While there is no federal inheritance tax and the federal estate tax exemption threshold is currently $12.06 million for an individual and $24.12 million for married couples filing jointly, few decedents dying in 2022 will owe federal death taxes.

Despite not owing estate or inheritance taxes at the federal level, some people will owe these death taxes at a state level.

Some states choose to levy an estate tax, inheritance tax, or both.

Those in Kansas and Missouri can exhale.

This does not include you.

While many states have removed or modified their estate tax to entice retirees to remain in the state, about a dozen states and the District of Columbia continue to have their own estate taxes.

While only six states have an inheritance tax, Maryland is the only state to have both types of death taxes.

What are the rules guiding these states in 2022?

In Connecticut, $7.1 million dollars are exempt before estate taxes must be paid.

Although there is no inheritance tax, Connecticut is the only state to tax gifts made while someone is alive.

The estate tax exemption in the District of Columbia and in Illinois is $4 million.

In Hawaii, $5.49 million is the estate tax exemption limit, but it is not adjusted for inflation.

Although inheritance taxes are the least common of death taxes, Iowa will still be levying this tax until 2025.

If the estate is less than $25,000 in value, then no heirs will be required to pay an inheritance tax.

If property is inherited by a lineal descendant or ascendant, then no tax is due in Iowa.

For other family members who inherit property in Iowa at this time, the rate will be between 8 percent and 12 percent.

Who inherits also matters in Kentucky where the rate could be between 4 percent and 16 percent, depending on the value of the property and the relationship to the individual who died.

Minnesota has both a low tax exception of $3 million and includes any taxable gifts made within three years prior to death in the estimation.

Although Pennsylvania has an inheritance tax alone, Maryland has both.

The estate tax exemption of Maryland is $5 million while it also levies a flat inheritance tax of 10 percent.

While a decision to move to another state should involve more than simply avoiding death taxes, it can be helpful to work with an experienced estate planning attorney to minimize your liability for estate and inheritance taxes.